A Treacherous Paridise by Henning Mankell 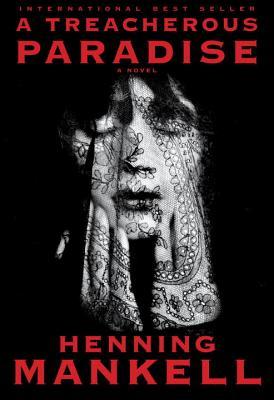 My main familiarity with Mankell is as the man who brought eloquence to the basic thriller,through the telling of his stories, with beautifully his flawed, human characters. For that reason, I picked this book off the shelf. For the mystery and glimpse into a different world that the jacket blurb promised, I decided to read it.

Set in Portuguese Africa (Mozambique) in the early 1900's, Mankell's novel is based on one true fact he had learned: a Swedish woman was once the owner of one of the largest brothels in Maputo. She was also one of the largest tax-payers. Then, just as suddenly as she appeared in the records, she disappeared. Mankell has taken that fact and woven a life for a woman born in Sweden, last seen in Mozambique, around it.

To me, it was extra-poignant to read this story, with so much racial tension inherent in it, as the fiftieth anniversary of Civil Rights March on Washington approaches. I was a child, living in the DC area at the time, and I remember the impact vividly, even though I didn't get to the event, itself. Looking back, I am amazed how far we have come, and how much farther we have to go. The book was excellent punctuation to my own internal dialogue.

Don't look for Wallander in this book. You won't find him. But you will find an interesting tale that is written in more than black and white.
Posted by bookczuk at 8:54 AM