By Invitation Only by Dorothea Benton Frank 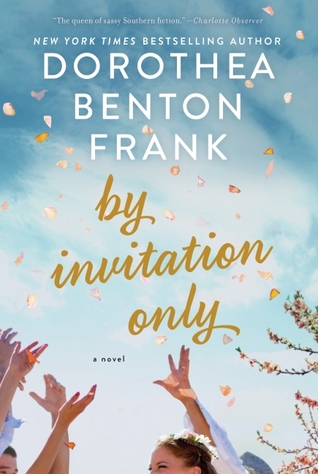 Sometimes Dottie Frank has me laughing so hard I fear I may have to change my panties, other times are a total miss. Luckily for me, this time was a winner. I had the good fortune to hear the author the week before the book was officially out, when she co-hosted and spoke at the spring Books and Authors luncheon, sponsored by the Post Courier. One of the authors had to bow out at the last minute, so  Ms Frank filled in. As usual, she was warm, engaging, and downright hilarious. If you ever have the chance to hear her speak, regardless of if you like her books or not (or like me, like some of them, but are not fond of others) go hear her. For her fabulous ability to engage an audience while speaking, she is one of my favorite authors, let alone for her ability to catch elements of the lowcountry in her writing. She's got a way with words, and an eye for what makes entertaining reading (as evidenced by this book, inspired by her two children each getting married, and by the birth of her first grandchild.)

For the record, DBF had a magic way with the rules of publishing and was able to swing copies her book for the luncheon, the week before the actual publishing date. I didn't complain!

From the publishers:
In this thoughtful, timely, humorous, and bighearted tale, perennial New York Times bestselling author Dorothea Benton Frank examines what happens when a young sophisticated Chicagoan falls for the owner of a farm on Johns Island, a lush Lowcountry paradise off the coast of South Carolina-trading the bustle of a cosmopolitan city for the vagaries of a small southern town.
Posted by bookczuk at 5:16 PM No comments:

Lies That Bind US by Andrew Hart 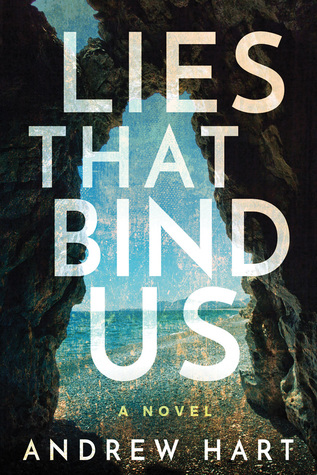 Despite the fact it's taken me a few weeks to sit down at the computer and write my thoughts, it's not the fault of the book or the author. I broke my patella a month or so back, and my computer sits in a location at my home quite inconvenient to wiggling in with ambulation aids. I am loathe to do much on my iPad or phone, because I make so many typos anyway, and that number multiplies on those devices. It's really vanity speaking, because I like Andrew Hart and enjoy the few conversations I've had with him when he's used his other name, so don't want him believing me to be a total dullard. Ah vanity...
As to the book, I truly enjoyed it. A good suspense novel engages the mind and grabs the attention. This also seemed to grab my fingernails, because several are now mere nubs, when I am sure I had a full set at the start of the book. I loved the weaving of mythology and location into the story.  Mr Hart blended a intriguing tale of friendship, betrayal, and regaining of trust, along with the additional element of danger. The tension ramps up pretty quickly, especially after the fatal flaw of the main character is revealed.
Bottom line? Read the book. You'll get a good yarn, and might just learn something in the process.

From the publisher:
From a prize-winning and New York Times bestselling author comes a chilling novel of deception under the sun…Jan needs this. She’s flying to Crete to reunite with friends she met there five years ago and relive an idyllic vacation. Basking in the warmth of the sun, the azure sea, and the aura of antiquity, she can once again pretend—for a little while—that she belongs. Her ex-boyfriend Marcus will be among them, but even he doesn’t know the secrets she keeps hidden behind a veil of lies. None of them really know her, and that’s only part of the problem.Then again, how well does she know them?When Jan awakens in utter darkness, chained to a wall, a manacle around her wrist, her echoing screams only give her a sense of how small her cell is. As she desperately tries to reconstruct what happened and determine who is holding her prisoner, dread covers despair like a hand clamped over her mouth. Because, like the Minotaur in the labyrinth in Greek myth, her captor will be coming back for her, and all the lies will catch up to her…
Posted by bookczuk at 4:48 PM No comments:

I love the premise of this story: Young cop gets transferred Homicide and is paired with the notorious detective nicknamed The Reaper, who has closed out far more cases than everyone else. His secret (and it is a secret from everyone he works with) is that he's able to converse with the recently dead. His prime witness is the person just knocked off. Pretty cool, huh? But even his plucky, organized, and smart new partner doesn't know his secret. Will his surly introverted nature run her off, or will they go on to become a team made in heaven (or hell, depending on how you view things)? And remember, she's plucky, organized, and smart, and intent on finding out what's driving him.

This was my first Blue Cole book, and an early one of his. The premise, as I said, wowed me. I'm looking forward to following the characters, and also watching the author evolve in his craft. Also, it was fun to see characters named after folks Blue and I both know through the ever wonderful JordanCon, a yearly fantasy con dedicated to the memory of Robert Jordan, which is fast turning into a celebration of fantasy literature and art, while remaining a heck of a good time. 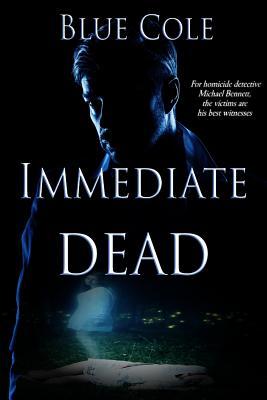