On a recent road trip, I had the chance to see my first childhood friend, my first best friend.  Memories began to flow, as did laughter.  At one point, she commented that my recollections of childhood were better than hers. I probably countered with a joke of some time, but the remark lingered long after our time together. It was a wonderful visit, a golden memory in itself, that I shall cherish the rest of my own remembering. Our time together sparked a flood that hasn't stopped yet. I've sent those following thoughts on to her, but this is the original  piece. It's not polished, but I've decided to let it stand as it is. It was important to me for her to read it as soon as possible. She now has, and while she may have been better than me in swim meets and on the monkey bars, I apparently rock memory recall. (And also in looking up stuff-- the Cape Cod location we stayed in 1959 was Nobscussett Beach, Dennis MA.) 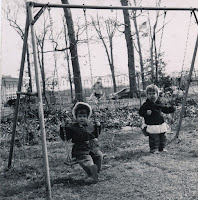 I remember joy
Our childhood filled with exploration
With the freedom we found
as we pumped our legs harder and faster
letting our swings carry us high in the air,
as our imaginations soared even higher
We flew, like the robins we watched for in the spring.

I remember lying on our bellies, tiny girls,
watching the train circle the Christmas village at Mrs Piper's.
My mother told me once that we met through Mrs Piper,
before we both could walk.
I secretly thought she was Mrs Claus, and had given me the gift of a best friend.
Plus, she always had cookies, more proof of magic.

I remember the playground behind my house at Oakview
Tumbling about on the tunnels and see-saw, riding the merry-go-round
Graduating to the jungle gym and monkey bars,
on which you were faster.
Whenever I see two little blonde headed girls on a playground
I wonder if that's how we looked

I remember when your mother brought you to visit me
when our families each were at Cape Cod.
We would turn 3 that September
We made sand castles, and played in shallow waves while my brothers
dove the bigger ones.
My mother later took me to the town on the Cape where your family was staying,
So that in a two week vacation, our first apart from each other,
we saw each other twice.

I remember the magic in our own back yards
Where we climbed the mimosa tree in mine,
dug in the sandbox at yours,
Playing that ever wonderful game of "let's pretend"
building adventures far larger than the yard we were in.

I remember driving home from a cross country trip in 1962 with my family.
We'd been away for 3 months, while my father was at Stanford University.
We pulled up to our house at almost 9 pm.
I was inconsolable that I couldn't go see you.
My mother called yours, who said that you were awake, waiting for me to come home
You'd refused to even get in bed until we could see each other.
So, my mother walked me down the hill.
Once we saw each other, it was ok. We didn't need to stay up-- just to check in.
Then we could sleep. Full reunions would come the next day.

I remember my father coming home from work,
pretending he couldn't tell the two of us apart;
calling you Ambo, and me Ab-the-Rab,
Eventually coining a mixture of our full names to call us both:
AbAm MarLiz HeNa.
And suddenly we were a club of two, giving new dimensions to our play,
hiding amidst the table legs, spying on mothers sipping tea or cleaning kitchens,
whispering, convinced we were invisible.
My mother swore she never read our minutes, and I almost believe her.

I remember the "what if's" about becoming sisters
The only problem was we each didn't want to give up our parents
thinking the other should move in with our family.
We never worked that one out.

I remember hide and seek
How the best hiding place ever was when you curled behind your father
as he watched TV.
You covered yourself with pillows.
I searched everywhere, finally when I called "ally ally oxen free",
you crawled out from behind him.
It was better than the time you folded yourself into the hamper,
and had Nancy put towels on top of it, to trick me from looking inside.

I remember your cats. I remember Harry the parakeet.
I remember playing in your basement, which was much nicer than ours.
I remember my mother being mildly insulted when I'd ask her to make tuna fish or
lamb chops like Mrs Herson did.
I remember walking to Packets Pharmacy, Bernstein's Bakery, and Woolworths,
or going to visit your grandma with your mom.
(She let us stand up in the back seat, which my mother never did.)

I remember Daleview and the swimteam. You were better at that, too, than I was
but I cheered so loudly for you in your first race that I lost my voice.
Summer was filled with those days at the pool, the mixed scents of baby oil and chlorine,
while the jingle of the Good Humor man's Ice Cream truck played.

I remember how our parents put us in Nursery School together,
my mother switching me from the one my brothers had attended because I got in on legacy, but they didn't have space for you;

how Mrs Alderton thought we needed to be separated in elementary, which we were until 6th grade.
I remember when my family moved away that summer, you gave me a surprise party.
I kept that pen with a huge feather, which you gave me, though two more moves,
then it flew off.

I remember Greek Dodge on the blacktop, and kick the can on at the corner
of Walden and Schyler
the kids our age we'd play with,
or how my mother took a school picture every year of Abby, Amy, and Judy.
Only a few of those are left, but probably that's ok- none of us were at our best then.

I remember other stuff too:
being at your home when my mother was in the hospital,
or the day Kennedy died,
or the time you cut your hand when it when thought the glass door.
Or the Beatles were taking over the music scene, and we couldn't decide
which one we liked best. (though maybe that was me, and you knew all along.)

I remember going off to sleep-away camp with you (you didn't like the lack of plumbing).
Or you coming to visit me in St Louis after we moved, and me coming back to see you.
And when we moved to Charleston, you and your mom got tickled because there was a case of Elephantitis in the news and the person was from Charleston
Then later, discovering friends in college who knew you at Blair.
Or visiting you at Emory.

I remember how we kept in touch over all these years.
I came to your wedding. Your parents walked hand in hand. It was wonderful.
You didn't make mine, but only because your first child decided to be born within a few hours of the ceremony.
Your pearl earrings were my "something borrowed";
I danced with Lenny at the reception.

I remember hearing a woman laugh, just a few years ago,
and thinking it was you.
It wasn't, but she and I have become good friends.
When she laughs, I hear two people--
her, plus that bubble in your voice when you're amused.
I can almost see that sparkle in your eyes.

Maybe we didn't see each other frequently,
but we've talked and written-- never missed a birthday, though once or twice the wishes might have been a little belated (probably me, late, but I always came through.)
We've helped each other through loss, and celebrated the good stuff
I wish I knew your family better, but revel in the bits that I've heard from you.
I have gained other friends, but hold the inaugural best friend spot entirely for you.
Seeing you this summer has been one of the most precious memories,
not only of Abby and Amy, but of my life.
Your courage awes me, your spirit inspires me.
And I still love talking to you, like we did long after lights out on our sleepovers.

Quite simply, I cannot remember a time when you weren't in my world,
which is a better place for having you in it.
I have so many more memories of our childhood,
as well as the years that followed.

One thing is clear, though:
I think I owe Mrs Piper a huge debt of gratitude.
Best Christmas present EVER. 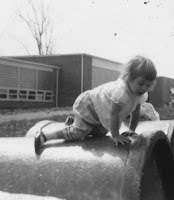 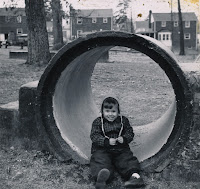 Posted by bookczuk at 3:17 PM No comments: