Memories of Christmas Trees Past

Yesterday, I pulled Christmas out of the storage closet. While the menorah we got as a wedding present lives in our hutch off-season, Christmas hides away in big plastic containers which hold all those decorations that have been part of czuk (and pre-czuk) holidays. There's the creche my guys got me in Bavaria back in 2001. Our Nativity scene routinely contains gnomes, teddy bears (because every baby boy needs a bear),  matrushka/matroyshka/nesting dolls, miniature nutcrackers, and several variants of Caganer figures (look it up, a Catalan tradition, sent to me by BookCrossing friend in Spain). This year, we've added a manic-neko (Japanese beckoning cat.) I can hardly wait to see what the crew that seems to do a yearly meme, adding additional figures to the scene does for 2014. One year we got the ever traditional Christmas lobster added. Here's this year's scene: 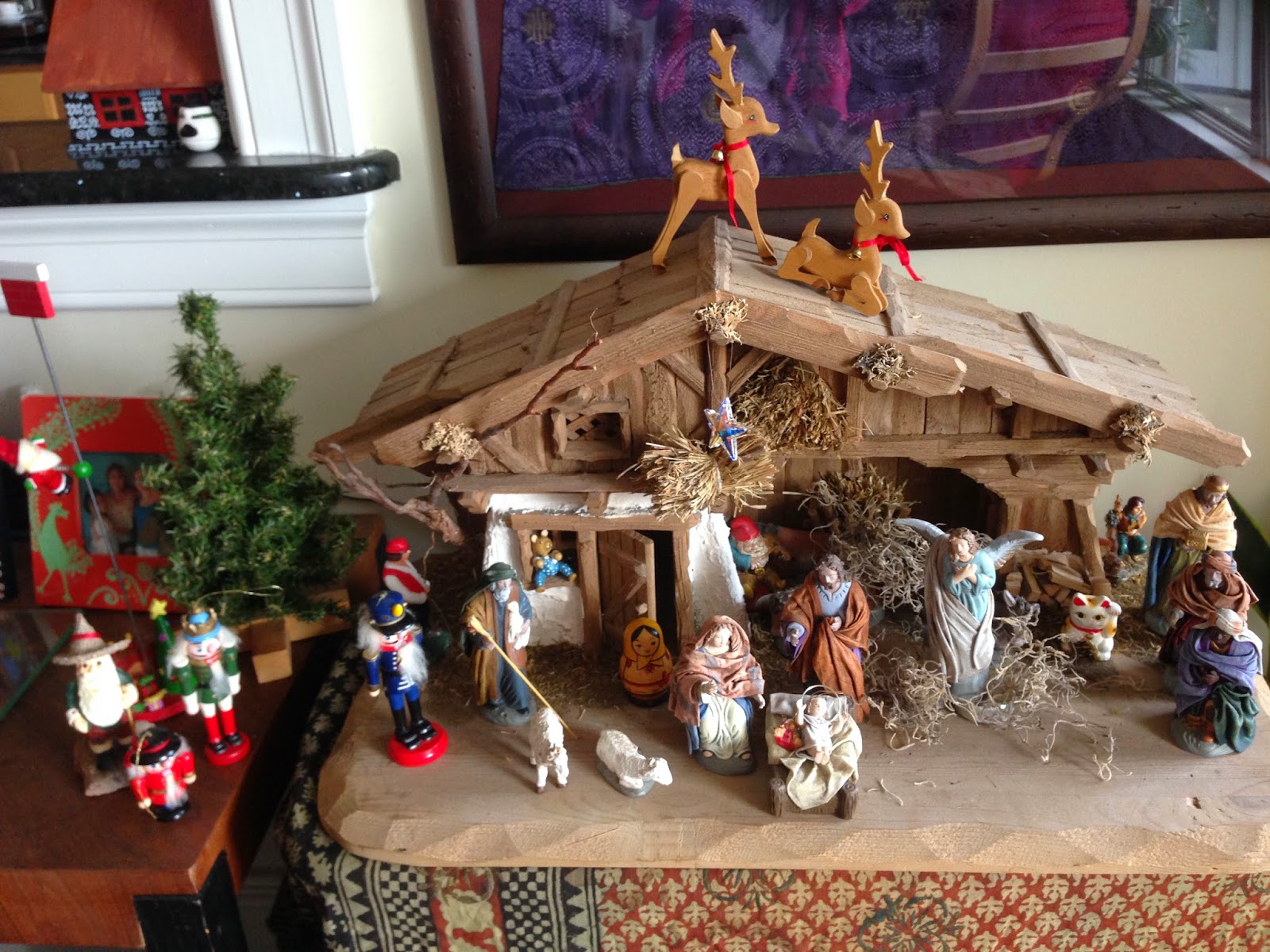 While we've had the traditional live tree, we've explored other options these past few years, such as our 2011 tree. It was at the start of a project to catalog our books and was made entirely of books from authors we personally knew at the time, or of BookCrossing books that needed to be released. The true family collection, which turned out to be around 7,000 books, remained untouched. Just heard back from one of the novels, which was released via BookCrossing in 2012. It's now in Austria. 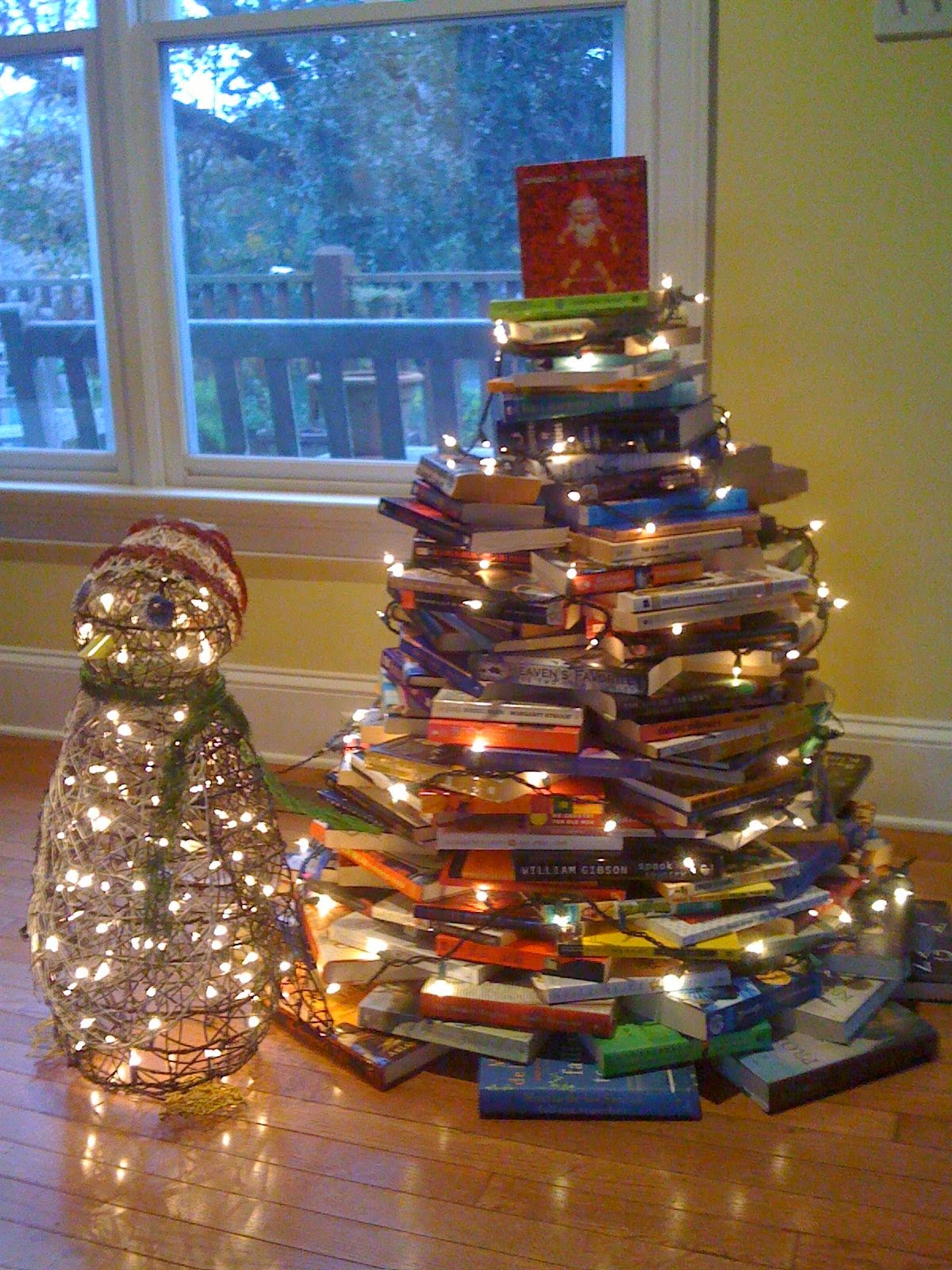 In 2012, I chalked a Christmas tree on a piece of wood I'd painted with blackboard paint. 2013, I painted over the chalk with white acrylic and it did double duty for a second year. 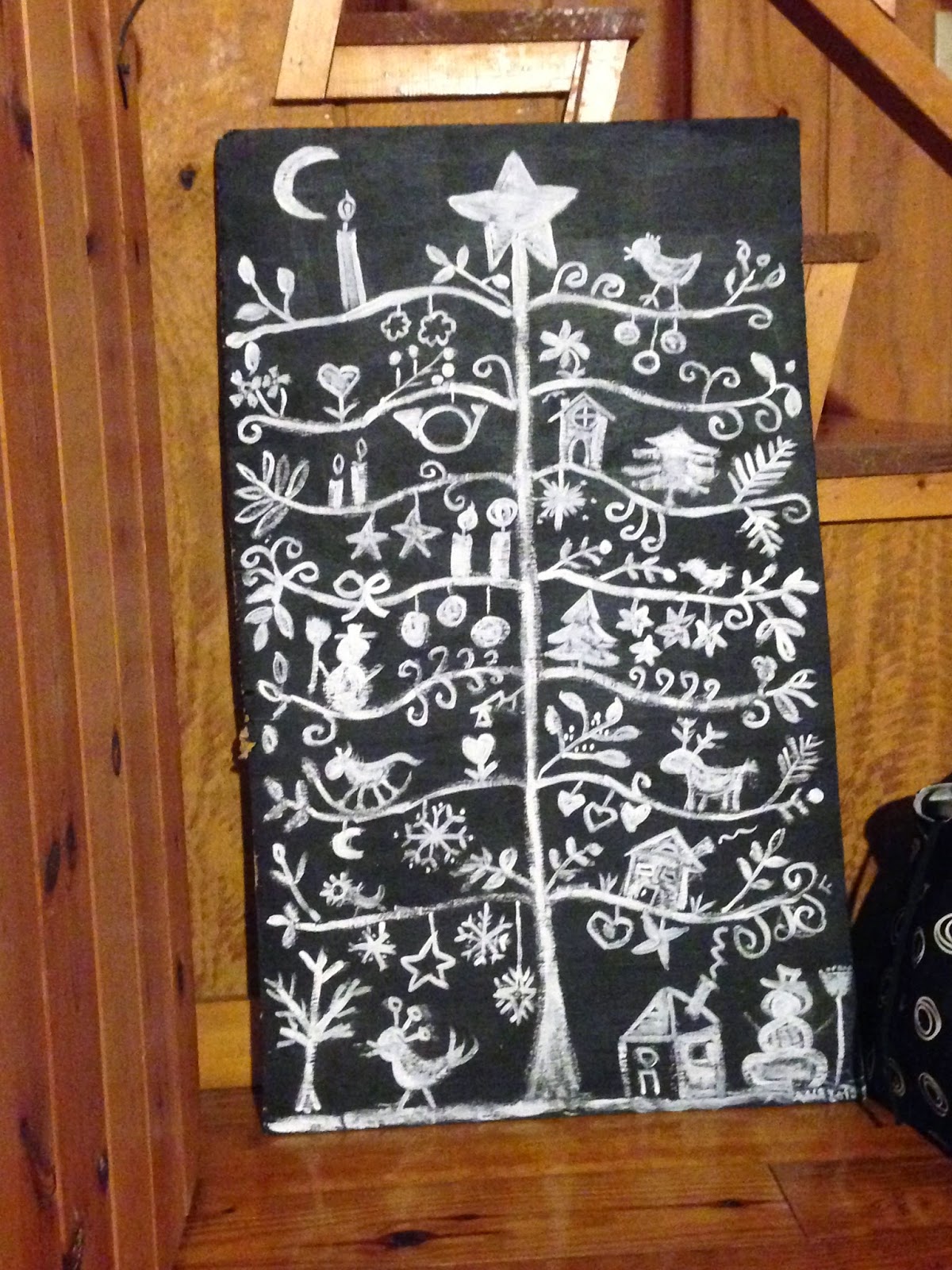 Now we're in a new place-- the challenge is on.