A Christmas Hope: A Novel by Anne Perry 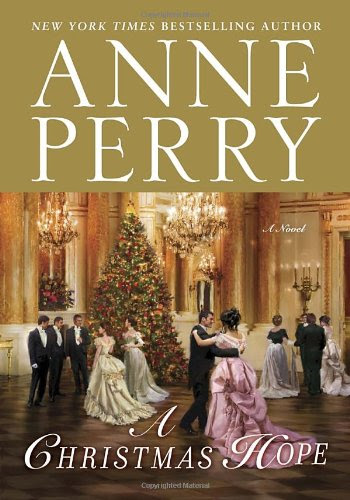 This is the first of the "Christmas stories" Anne Perry has written which I have read, though by the list inside the cover, she's been doing this a while. I enjoy her regular series about Monk and Hester, which present a gritty underbelly to Victorian London, as well as a wicked eye to the morals and mores of the time. This small novel, sent to me through the Library Thing early Reviewers program, was a little nugget of Victorian society, wrapped up with a Christmas bow.

Claudine Burroughs, who has grown to dislike both the Christmas season and her joyless marriage, finds herself in the wrong place at the wrong time to witness the end of a fight at one of the Christmas parties. A young woman "of the street" is severely injured, and one of the party attendees is accused by three others of harming her. When the woman dies, it becomes a question of murder. It also becomes a question of justice, as Claudine unravels what actually happened that evening.

There are illusions to Hester Monk's clinic, where Claudine happens to volunteer. Bits I liked, bits that are similar to other bits I've read in Perry's novels. But all in all, a fine period piece.

Many thanks to Library Thing and the publishers for sending this to me. It is my final completed read of 2013.
Posted by bookczuk at 6:11 PM