The Idea of You by Robinne Lee 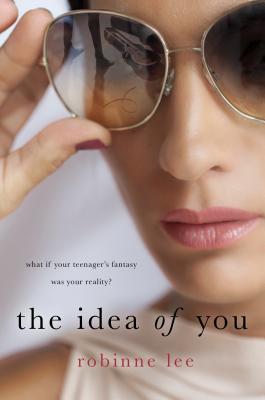 I knew I'd want something entertaining and slightly mind-distracting to read during Hurricane Irma, and grabbed this off the shelf, mostly for the high ratings and promise of an different sort of love story.(When I first picked up the book looked like Irma was going to make landfall here. It didn't, but we got quite the tropical storm, with some absolutely stellar flooding, thanks to the trifecta of the storm's winds/rain, storm surge, and high tide.) The book both fulfilled and failed my needs. It was interesting, but in no way mindless, opening a dialogue as to what is appropriate in today's world for ages in relationships. For millennium, it's been okay for ancient men to marry near infants, but even in 2017, there is a negative stigma attached to older women dating younger men. (Momentary applause and hat tip to Brigitte Macron, and her husband, Emmanuel. )

So, here's a story where a 39 year old mother takes her 12 year old daughter to see a boy band, and said mother ends up in a steamy relationship with the lead singer. Steaminess aside (and there is some steam in there, lots of fingers, mouths, and other boy and girl bits) Robinne Lee does tackle some of the issues of divergent age in a relationship. It helps that the guy is both mature intellectually and emotionally, and that the gal has not been sitting on the couch eating chips and slugging back beer, but even so, the problems and concerns the characters have are realistic-- one that even chic, beautiful gallery owners and stunningly handsome boy band musicians might have. Add in the public factor of his chosen career, and the emotional maturity of boy band followers, and the thick plottens, so to speak.  It's unconventional, all the way through, even the end.

Not a bad read for a stormy day, when your building is completely surrounded by water, the power is out, and the winds are howling.

From the publisher:
When Solène Marchand, the thirty-nine-year-old owner of a prestigious art gallery in Los Angeles, takes her daughter, Isabelle, to meet her favorite boy band, she does so reluctantly and at her ex-husband’s request. The last thing she expects is to make a connection with one of the members of the world-famous August Moon. But Hayes Campbell is clever, winning, confident, and posh, and the attraction is immediate. That he is all of twenty years old further complicates things.

What begins as a series of clandestine trysts quickly evolves into a passionate relationship. It is a journey that spans continents as Solène and Hayes navigate each other’s disparate worlds: from stadium tours to international art fairs to secluded hideaways. And for Solène, it is as much a reclaiming of self, as it is a rediscovery of happiness and love. When their romance becomes a viral sensation, and both she and her daughter become the target of rabid fans and an insatiable media, Solène must face how her new status has impacted not only her life, but the lives of those closest to her.
Posted by bookczuk at 8:33 AM