The Book of Lost and Found by Lucy Foley 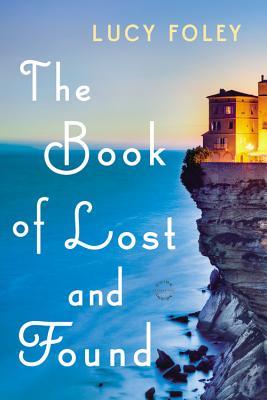 There was a lot to like in this book: art, love, history, intertwined tales, Corsica for starters. (And I will give a slight spoiler alert at the end, so stop reading when you next see 3 stars like this: ***). Poor Kate has lost both her mother, a famous ballerina/choreographer, and her grandmother (actually her mother's adoptive mother) within a year. It's a blow to anyone. But shortly before her her grandmother died, she revealed a hint to the identify of Kate's actual grandmother, her mother's birthmother. Part of this hint includes a drawing from 1929 of a young woman, who bears a striking familial resemblance. Kate begins a quest for the woman, which first brings her to the artist, and to the island of Corsica. The narrative floats between Kate's story in 1986 and that of the artist and of the woman in the sketch, the illusive Alice/Celia from the 1920's through WWII. I found it a interesting tale. I appreciate it when a book expands my viewpoint and my knowledge. ***

(You were warned: Spoiler alert)
One of the things I liked best about this book was the end. In a fairy tale world Alice and Tom would have ended with them being reunited, but Foley didn't yield to the happily ever after that some might crave, and for this, I applaud her. Both Tom and Alice continued to love each other their entire lives, recognizing the other as their one great love. But though they each had loss and disappointment, and lived without the other, they each had full lives, filled with love (though maybe not a "great love'.) They had family, friends, careers, and memories. They did great things. They died knowing the other was alive. It was realistic. Their story continues to be a love story, even though it didn't have the traditional ending. That was fine by me. And I also applaud the almost afterthought of how the relationship with Kate and Oliver panned out. It was a product of this story, but not the focus of this story. Nice, in my opinion, that the author resisted temptations that could have reshaped the ending.